The CDC updated its count of excess deaths by state earlier today. For the weeks between the week ending February 1st through the week ending September 26th, the national excess death rate was 110% (same as last week). Thirteen states, the District of Columbia and New York City are reporting excess death rates higher than the national average (same as last week). Georgia has an excess mortality rate of 110%. California, Georgia and Nevada all had an excess mortality rates of 110%. 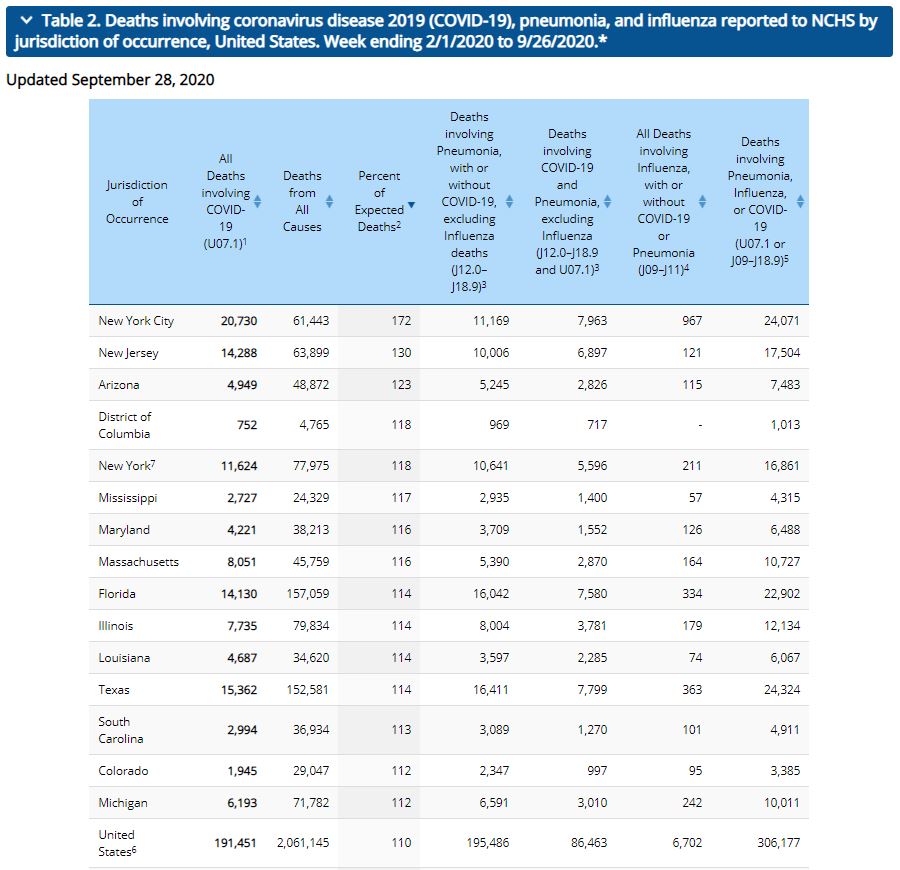