“In the United States, Medicare beneficiaries represent 70% to 80% of all patients hospitalized with heart failure (HF) each year. The Medicare population has also experienced substantial changes in the epidemiology of HF, with progressively fewer Medicare beneficiaries being diagnosed as having HF each year over the last decade after several decades of increasing incidence. However, the epidemiological mechanisms underlying the observed decline in the incidence of HF are not well understood.

[..] We used a national 5% sample of all fee-for-service Medicare beneficiaries with no prior HF followed up from 2011 to 2016, accessing data on all of the claims submitted to Medicare from inpatient and outpatient encounters, as well as physician or carrier claims.

[..] The primary study outcome was incident HF, which was defined as at least 1 hospitalization with an inpatient HF claim or at least 2 outpatient or carrier HF claims among individuals without prevalent HF. For the latter, we required the outpatient claims to be in 2 separate calendar quarters to limit the selection of individuals who had HF as a potential differential diagnosis rather than a diagnosis of HF that requires longitudinal care. [..] In addition, among those with incident HF on follow-up, mortality within 30 days after the first diagnosis of HF was captured as the secondary study outcome. 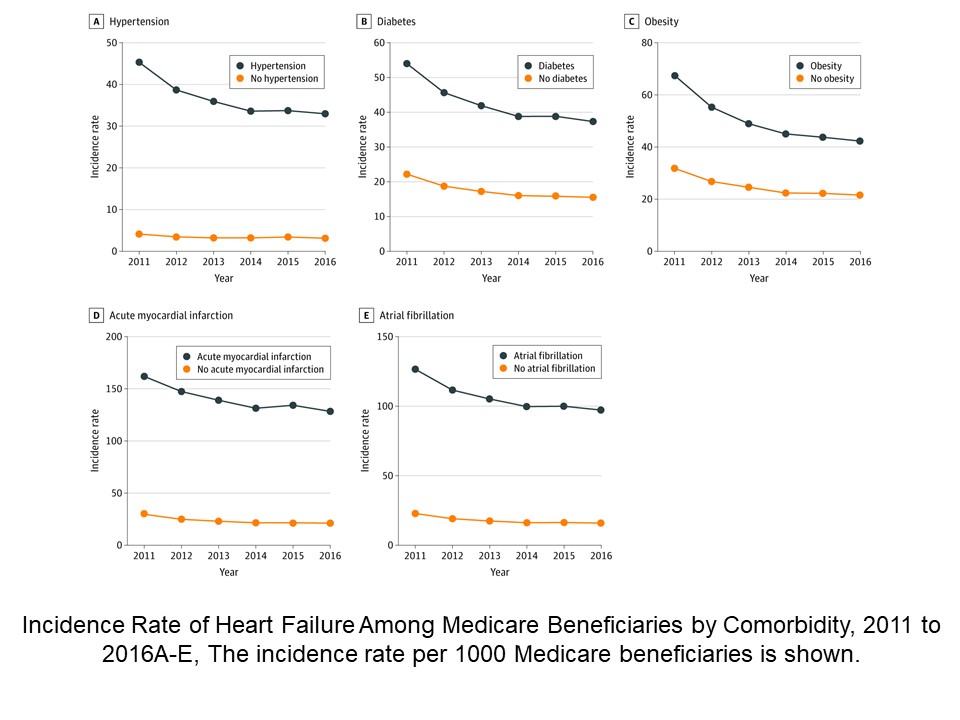